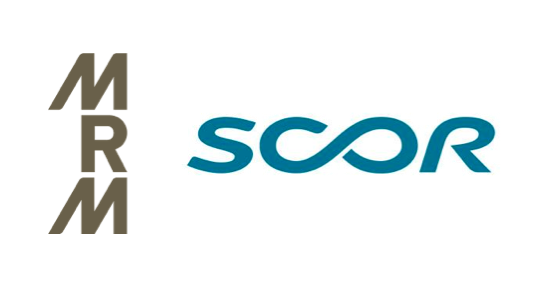 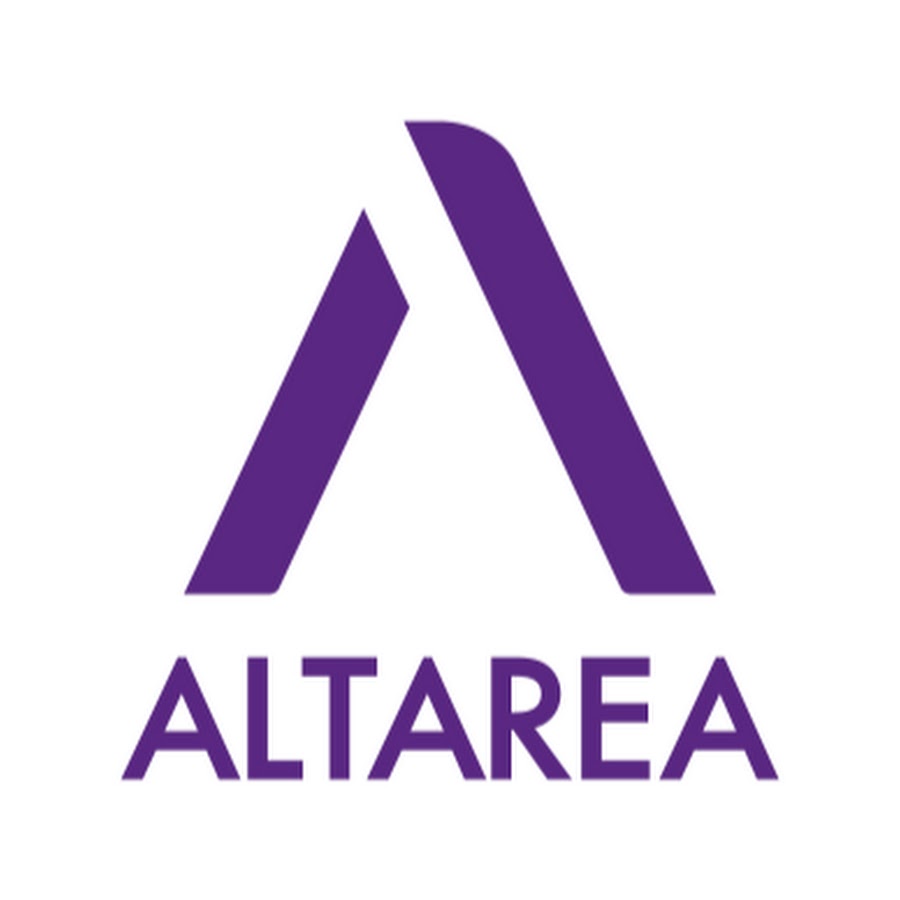 ▪ MRM announced proposed acquisition of two leading and successful properties in Flins-sur-Seine (Yvelines) and Ollioules (Var) for a total of €90.4 million (including transfer taxes).

▪ The capital increases would be carried out at a unit subscription price equal to MRM’s replacement NAV per share as at 30 June 2022, i.e. €48.92.

▪ The proposed acquisition would increase the value of MRM’s asset portfolio by more than 50% and improve its profitability.

▪ The proposed acquisition was approved today by MRM’s Board of Directors. It is still subject to a variety of conditions precedent, including being approved by MRM’s shareholders at the Extraordinary General Meeting to be held in the fourth quarter of 2022.

Paris, 28 July 2022: MRM (Euronext code ISIN FR00140085W6), a real estate investment company specialising in retail property, today announced the signing of an agreement with Altarea and SCOR S.E. concerning the acquisition from Altarea of two shopping centres for a total €90.4 million (including transfer taxes). This acquisition is subject to a variety of conditions precedent. If it goes ahead, it would increase the value of MRM’s asset portfolio by more than 50%. The two properties, located in Flins-surSeine (Yvelines) and Ollioules (Var), are both attached to Carrefour hypermarkets and are leading shopping centres within their catchment area. These are successful properties combining yields and potential for value creation

François de Varenne, Chairman of the Board of Directors of MRM, commented: “We are delighted to present today a proposed significant acquisition that will have a transformative effect on MRM. The acquisition of these two shopping centres would mark a real change of dimension for MRM, representing an increase of more than 50% in the value of our asset portfolio. Altarea is a key player in the real estate industry. Its entry in the share capital of MRM is a mark of recognition of our know-how and confidence in our ability to create value.”

François Matray, Chief Executive Officer of MRM, added: “Having gradually refocused our portfolio on retail properties, enhanced the value of our properties by means of an apt investment plan and then over the last two years stepped up our active portfolio management under complex conditions, this acquisition would open up new prospects, allowing us to roll out our proactive management policy on the basis of a larger portfolio. It would enable us to aim for annualised net rents of over €16 million and make us more profitable thanks to better absorption of fixed costs.”

This proposed acquisition of the regional shopping centre in Flins-sur-Seine, Yvelines, and the Carrefour Ollioules shopping centre in the Var region for a total of €90.4 million (including transfer taxes) would enable MRM to change dimension. While also extending its geographical presence in two fast-growing regions, the acquisition would significantly increase the size of its portfolio by 52% from €163.0 million to €247.3 million pro forma on the basis of values excluding transfer taxes as at 30 June 2022.

This extension of the portfolio would result in a sharp increase in MRM’s annualised net rents from €9.5 million to €15.0 million pro forma as at 30 June 2022, thereby increasing MRM’s target annualised net rents from €10 million to €16 million. The increase in rental income would have a very positive impact on MRM’s net operating cash flow generation and enable it to improve its profitability thanks to better absorption of fixed costs.

Positioned as market leaders within their catchment area and with physical occupancy rates of 97% and 92% respectively as at 30 June 2022, the Flins-sur-Seine and Ollioules shopping centres present net yields slightly higher than the current total yield for MRM’s portfolio. Furthermore, both present potential for value creation, which would give MRM the possibility of rolling out its asset management expertise (refurbishment, partial redevelopment, proactive rental management, changes in the retailer mix).

Close to Mantes-la-Jolie in the Yvelines region, the Flins regional shopping centre is located in an attractive retail district in the heart of one of France’s biggest urban communities with a fast-growing population. The property complex, jointly owned with Carrefour, is a powerful shopping centre that constitutes a market leader in its catchment area, within which the Carrefour hypermarket enjoys a leading position. It benefits from extremely easy access via the A13 highway.

The agreement concerns the acquisition by MRM of 56 stores covering a floor area of 9,972 sqm, which was 97% occupied as at 30 June 2022. The site attracted 3.0 million visitors in 2021 and has proven its appeal to retailers.

Within Toulon Provence Méditerranée group of municipalities, the biggest labour pool in the Var region, the Carrefour Ollioules shopping centre is located in an attractive, fast-growing area, which sees significant population growth in peak season due to tourism. Market leader in its catchment area, the shopping centre—which is jointly owned with Carrefour and other co-owners—benefits from its immediate proximity to the A50 highway, to the west of Toulon.

The acquisition would take place by means of contributions in kind and transfers by Altarea to two MRM subsidiaries. It would be paid for partly in cash totalling €68.9 million and partly by means of the issuing of new MRM shares worth a total of €21 million, in the form of a capital increase by MRM at an issue price corresponding to its replacement NAV as at 30 June 2022, i.e., €48.92 per share.

The cash payment of €68.9 million would come from:

– A new €42 million bank loan, currently being negotiated by MRM;

– A current account advance from SCOR S.E. of €25 million;

Secondly, MRM would carry out a capital increase in cash with preferential subscription rights of a maximum of €29 million at a unit subscription price equal to MRM’s replacement NAV as at 30 June 2022, or €48,92 per share. It is specified that:

– SCOR S.E. has agreed to subscribe on a reducible and irreducible basis to €25 million by means
of capitalisation of the above-mentioned current account advance;

– Altarea has agreed to subscribe by exercising its preferential subscription rights corresponding to what its stake in MRM’s share capital will be after the capital increase by means of a contribution in kind, i.e., €4 million.

This capital increase with preferential subscription rights will be submitted to MRM’s shareholders for approval at an Extraordinary General Meeting.

On the basis of the planned financing structure, this acquisition would only have a limited impact on MRM’s net LTV ratio, which would be maintained at a controlled level of less than 45% compared with 40.7% as at 30 June 2022.

The transactions described above are subject to notably the following conditions precedent being met:

– The urban pre-emption rights holders waive their right of first refusal to the properties concerned
by the two contributions of properties;

– There are no events with a material unfavourable effect;

– The reports of the contributions auditor are delivered;

– The contributions, their valuation and their means of payment are approved by the sole shareholder of each of the MRM subsidiaries and by MRM’s shareholders at the Extraordinary General Meeting;

– Bank financing is obtained as well as the current account advance from SCOR S.E.;

– The Autorité des Marchés Financiers (AMF) approves the issue and admission prospectus published within the framework of MRM’s capital increase with preferential subscription rights for shareholders.

The transactions would strengthen MRM’s shareholder base

On the basis of MRM’s current share capital and shareholding structure, if the transactions described above go ahead, SCOR S.E. and Altarea would hold stakes of around 57% and 16% respectively, assuming that no other shareholders subscribe to MRM’s capital increase in cash with preferential subscription rights by exercising their preferential subscription rights, and that SCOR S.E. and Altarea subscribe to the amounts of €25 million and €4 million respectively, in keeping with their commitments.

Altarea and SCOR S.E. would not act in concert as regards MRM.

These transactions will be submitted to MRM’s shareholders for approval at the Extraordinary General Meeting due to be held in the fourth quarter of 2022, with a view to being finalised by the end of 2022.

MRM will make all of the documents to be presented at the Extraordinary General Meeting available to shareholders in accordance with legal requirements and within the required legal time frame.

MRM publishes its revenues for the second quarter and its 2022 first half results today (28 July 2022) after market close.

Financial information for the third quarter of 2022 will be published before the market opens on 10 November 2022.

MRM is a listed real estate investment company that owns and manages a portfolio of retail properties across several regions of France. Its majority shareholder is SCOR S.E., which owns 59.9% of share capital. MRM is listed in Compartment C of Euronext Paris (ISIN: FR00140085W6—Bloomberg code: MRM:FP—Reuters code: MRM.PA). MRM opted for SIIC status on 1 January 2008.